Doug and I worked with a wonderful couple this past fall at The Sanderling. I like to ask our couples how they met. They had such a wonderful story so I asked Kelly to write something up for me.

From Kelly:
Dusty and I were set up by 2 mutual friends.  My boss and one of Dusty’s co-workers thought we would hit it off. Neither one of us happened to be dating anyone at the time so they gave us each others numbers and as they say the rest is history.  After 3 years of dating  we found ourselves saying “I do” in the outer banks 🙂

The day Dusty proposed things didn’t go quite as planned, but of course I had no idea what was coming.
February 13th, 2014 we were “supposed” to head to work, Dusty was going to surprise me with roses and candles when I came home from work and pop the question.  We were then going to go out for drinks to celebrate and our families were all going to be a restaurant near our house where they were going to surprise me!!

However, mother nature had a different plan!!
The night before a huge snowstorm hit us and pretty much shut everything down for the day of the 13th.
Our families were not able to travel due to the weather, so we woke up to a beautiful winter wonderland on February 13th. Neither one of us had to go to work so we bundled up and went out to shovel for a good 2 hours.
We came in around 10 a.m. all sweaty and cold from working hard.  I decided to start baking (which I never do). He asked me to come and sit with him on the couch and said he wanted to give me my Valentine’s day gift early.
Panic set in since we had both said we were not doing gifts for Valentine’s Day!!
Every time I went in and sat down, the timer for the muffins I as baking went off.  I had to re-set it 5 times for 2 more minutes and here the poor guy was trying to ask to marry him.  Haha
Finally I sat on the couch and at the same time he reached in between the couch cushions and pulled out a little black box.  I was expecting earrings or a bracelet.
Sure enough as I opened the box he got down on one knee in front of me and asked me to marry him.
After the shock wore off we ended up spending the day snowed in, calling all of our friends and family. Our neighbors had us over for champagne and we walked in town and any friends that were able to meet us did.  It was the perfect day and I wouldn’t have changed it for anything!! Now every time it snows it reminds of the day we got engaged 🙂

Kelly & Dusty were married at Corolla Chapel by Rev. Jay Bowman. Their Cocktail hour was held on the Event Lawn & their reception took place at The Pavilion at The Sanderling in Duck, NC. The gorgeous decor and flowers were done by Dorothy Heath at Bells & Whistles. The romantic portraits were taken at Whalehead and the sunset shots were taken behind the Pavilion on the sound. 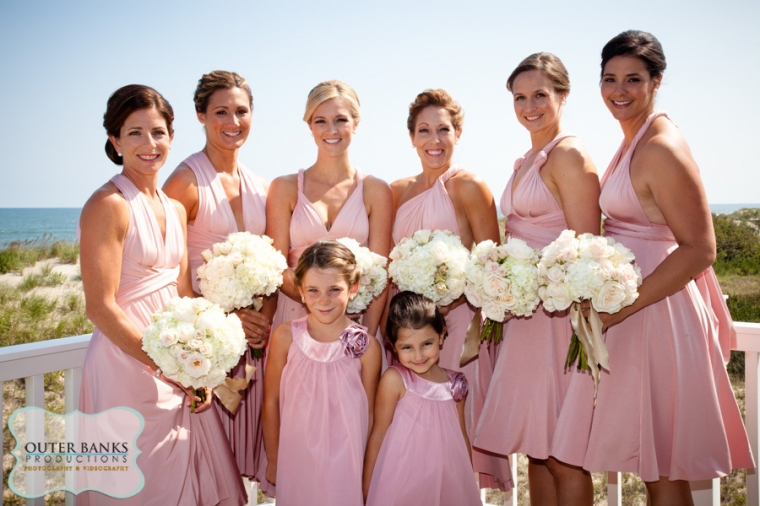 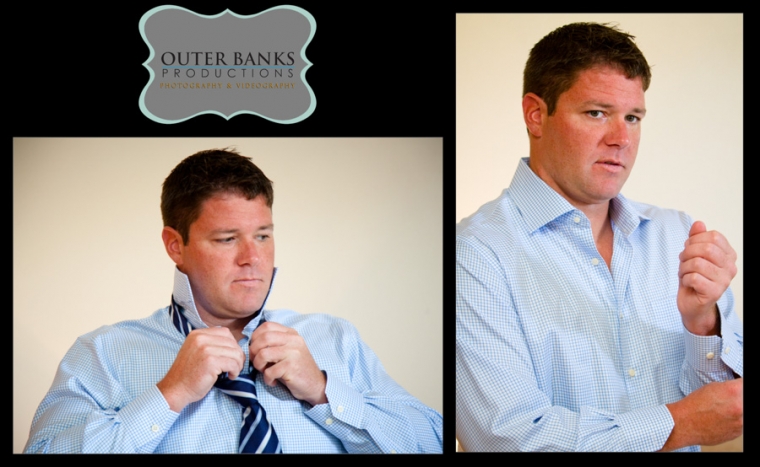 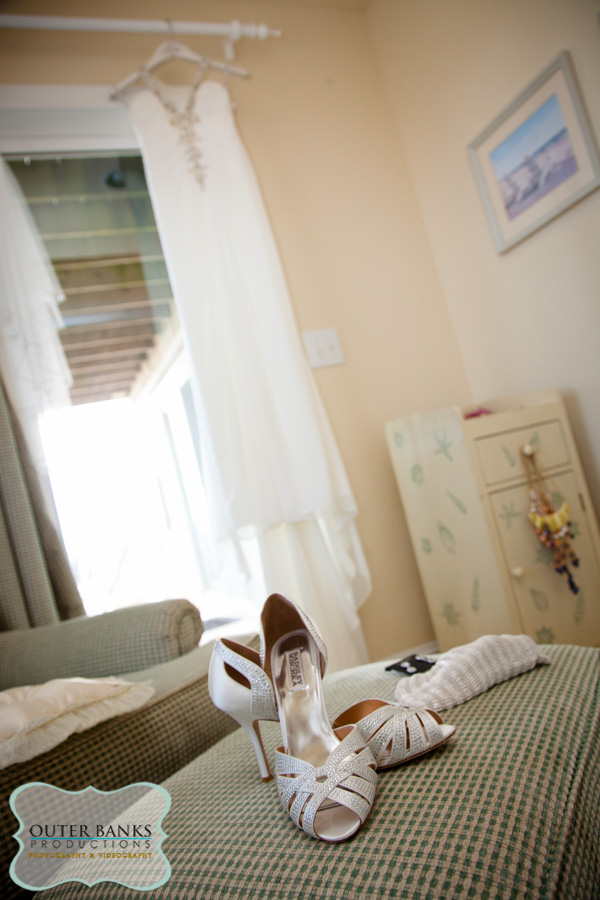